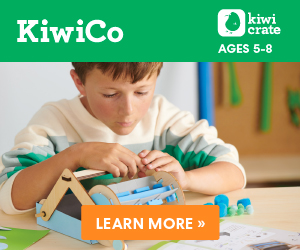 I would love to see more of Europe…Amalfi, Italy is calling me…..

In September 2011, I took my first international flight.   My company sent me to France for a meeting in Annecy, France(southern France).   I had no idea what to expect on a 6 hour flight.  My first thoughts: what will I do for all those hours? besides sleep.  Typically,  I can’t sleep on a plane but I was thinking based on the distance traveled I would have to rest a little.    A novice international traveler I purchased a blanket and travel pillow(not needed).  US Airways provides a travel pillow and blanket.    I was lucky enough to sit with a lady from the MidWest who was traveling with a girlfriend(sitting in first class) on a girls trip throughout the French countryside.   It was an evening flight so the airline served dinner and there were movies, tv series and other forms of entertainment during the flight.  My seat mate and I covered everything from marriage, divorce, kids, grandkids, careers and travel.  It was her first trip to France so she was pretty excited as well.   When we arrived in Paris, it was early morning so we had a surprisingly delicious pastry.     I have to admit there was a lot of anxiety with traveling such a long distance  but a wonderful opportunity to discover another culture.    In order to experience two cities in France, I elected to fly into Paris and take a train (4-hour train ride) to Annecy.   I figured on my return trip I would be able to spend two nights in Paris which was a great idea.

When I arrived at the train station it was overwhelming with all the people, the languages in the background and felt like I had no clue.    Unfortunately, I wasted time looking for a terminal,  which we call a kiosk to print my tickets so I missed the early train.   I was forced to wait a few hours for the next train and hoped my taxi at the Annecy station would still be able to pick me up.    Annecy, at last, is how I felt, next task was to find someone at the train station who spoke English so I was able to call the taxi driver since I arrived late.  Whew, there was someone after a French passenger helped me find a railway employee who was able to call my driver.

The driver arrived with my company sign and I identified myself.   Wow, was I in shock to learn that a French taxi is an S class Mercedes(my Carrie Bradshaw moment).   I finally exhaled on my way over to my hotel, which was the Palace de Menthon.  When I looked at the pictures online I was in awe with anticipation.   The ride to the hotel gave us a beautiful view of Lake Annecy which was the most beautiful body of water I ever witnessed.   The drive up to the entrance of the hotel was like a scene from a movie.   The hotel was amazingly something off the pages of a travel magazine.  I proceeded to take everything in with my Ipad.   The only thing I wanted to do was crash however I was advised to stay up to beat the jetlag.    Dinner was scheduled in town so when I arrived it was time to get ready for dinner.

END_OF_DOCUMENT_TOKEN_TO_BE_REPLACED

Mom of a Teen & Tween. FitMom, and Foodie. Read More…