This is the season to pull out the disposable plates and cups. I know with kids this is my preference! The Solo Cup Company has just launched a new product- a squared cup– Solo Squared. In addition to the new product they are launching an online photo contest until August 14. All you have to do is enter at http://www.solocups4ever.com/. Winners to be announced on August 21. You may ask what is in for you? Well, the grand prize is $5,000 for the best photo entered. There will be two runner up prizes of $1000. Extra cash is always a good thing!

I read about eyebrow threading on another mommy blog (thanks Renee R. of http://cutiebootycakes.blogspot.com/) and one of my relatives tried it. Since I love to be up on new techniques; I decided to try it for myself.

If you are not familiar with threading here is some info on the technique:

Eyebrow threading is a depilation technique which originated in India, although it is also widely practiced in the Middle East. Salons in Western nations offered the service to Middle Eastern clients for decades before European and American women became interested and the popularity of eyebrow threading skyrocketed. The hair technique is not just for the eyebrows: threading can be used to remove other facial and body hair as well.

The technique is sometimes listed on salon menus as khite or fatlah, which are both Arabic words for threading. Eyebrow threading involves twisting a piece of thread, usually cotton, into a double strand. This double stranded thread is used to pick up a line of hair and then remove it, creating a very clean, precise hairline. Eyebrow threading is the technique preferred by Indian movie stars, who are often distinguished by their crisp brow lines.

In Philly when I look for products/services, I sometimes use the Best of Philly recipients awarded by Philadelphia magazine. One of the Best of Philly 2008 awards was awarded to Thread Beauty Bar at 1903 Chestnut Street for eyebrow threading. You can check out the site :http://threadphiladelphia.com/

I went for my eyebrow appointment today and I was finished within 15 minutes(love a quick process!) My aesthetician was Saboone(not sure on the spelling of her name). There is a little discomfort as the thread is being pulled along your brows as the brows are shaped. If I compare to waxing; once the strip is pulled the discomfort lasts a few minutes and then it subsides. I think it was an awesome job and I would definitely try it again. It usually lasts from 3-4weeks. In addition to threading, Thread offers waxing service in which they use soy wax versus the traditional wax. I asked the difference and was told the soy wax does not adhere to the skin; maybe less discomfort? This is my next service: I will blog back…… 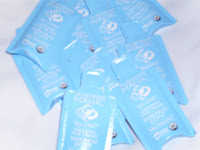 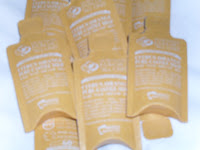 This information was just sent to me today. The company is located in my backyard. I love to promote area businesses with great items….. The company is Baby Phood, owner Tracey Laws. If you are looking for a special and unique baby gift; check out this site BabyPhood 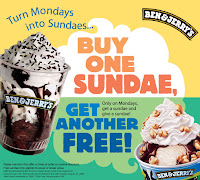 Buy One Sundae, Get One FREE 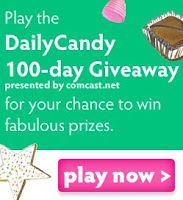 This evening I hosted a Silpada party, and I was truly surprised with the quality of the jewelry. The pieces are so well crafted and unique. My rep’s inventory sold me on buying everything because she had over 300+ pieces that included necklaces, bracelets, rings, earrings, watches and belts. It was nice to have the opportunity to touch and feel the pieces. My party will be open until Tuesday, July 21st if you are interested in buying, here’s the link http://mysilpada.com/paula.debruin. The other nice feature is the jewelry ranges in price from $22-$300. There are great pieces if you are interested in treating yourself or just looking for a one-of-a-kind gift.

Thanks to my marketing contact at Whole Foods, I will have multiple giveaways of their products in the next few days.

The first product giveaway is for shampoo and conditioner samples from the company Kinky-Curly. I discovered this product after discussing hair care products for my daughter’s hair with some other moms experiencing the same issues. I like the fact the shampoo is all natural as well as sulfate free. The shampoo does not leave a waxy residue on my daughter’s hair. The conditioner provides so much moisture to my daughter’s hair there is no need to add extra products. After almost 2 1/2 years of searching for a great shampoo and conditioner for my daughter’s extremely curly hair, this product is the only one that provided the necessary moisture and detangling properties without her screaming and squirming….***The giveaway will run from July 16 to August 31st**** 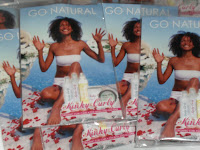 Required Entry:
Visit http://www.kinky-curly.com/ and leave a comment about the products. You must complete this entry for the other entries to count. Make sure you leave a valid email to contact you.

4. Blog about this giveaway – 3 entries

In light of being unemployed, I have acquired some new skills thanks to Home Depot!

The Home Depot staff is really experienced in giving a novice such as myself great instructions on do-it-yourself projects. My first project was to get rid of my weeds, trim my shrubs and put down some mulch, then I decided to re-screen my sliding glass door,(never knew what a “spline was) who knew it was so easy with a roll of screen, a spline tool and a utility knife…. Next on my list is staining my mailbox post and installing a new mailbox…….. Watch out HGTV!!!!……. 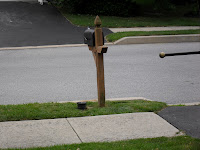 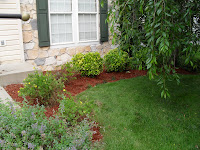